Known and unknown manufacturers presented their announced news. New Companies like Momentum from Great Briten joined the old bulls. A lot of the news is already pubblished in the relevant media, missing themes will follow in the forthcoming days. My question of interest was:Does the market explode in reality? My personal impression is: no, not yet.

Impressions from the fair:

The range of  applications diversifies and technical developments are coming and great visions were shown.

Evolution instead of Explosion

Primarily the market evolves into broadness. The range of applications of the electric two wheelers amplifies. Some manufacturers focussed on light urban vehicles, others had a flutter on mountain or racing bikes. In parallel the section for seniors was perfected. Cargobikes started to be a visible part of the scene. Many tried their hands at the market to catch a piece of the action. The desire is comprehensible. Unfortunately the attempt sometimes lacks the unterstanding of the specific technical challenges for the vehicles. For example some connectors look still quite dangerous and the performance of some bikes is far away of being optimal. Chats with manufacturers revealed: In the course of the diversification regarding the field of application also the problems of the products diversify. 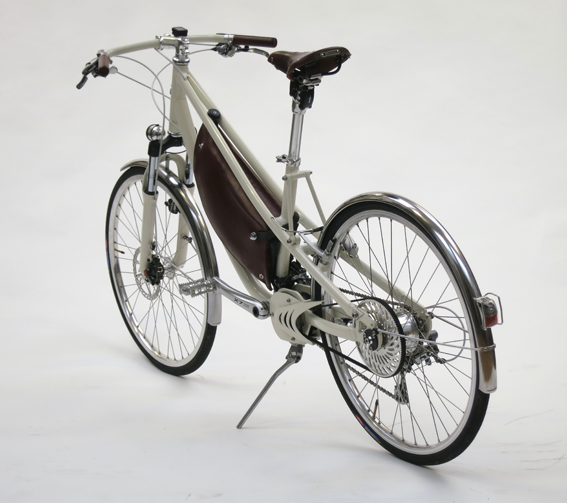 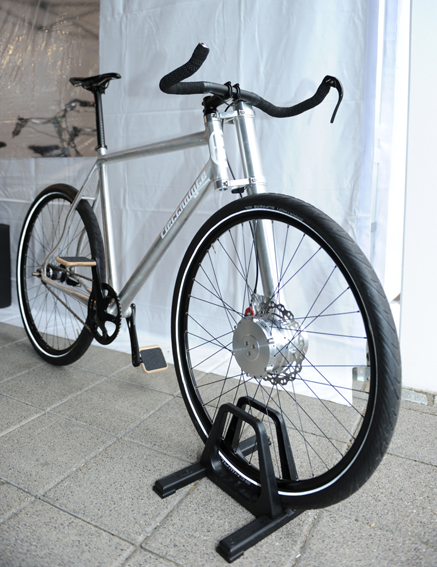 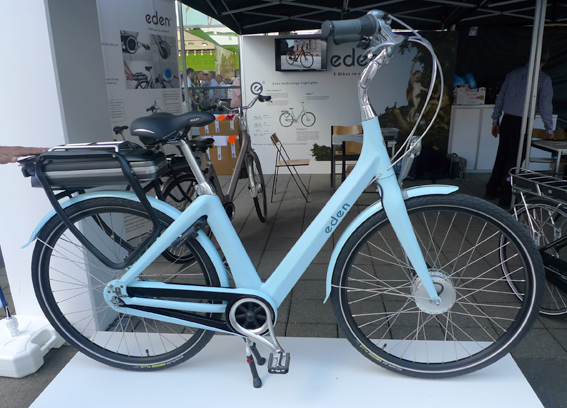 How about the Bosch phenomenon? Obviously its still on its way to win market share. Manufacturers who devoted themselves to the universal look ( see also post….) start to claim the decline of their margins. Since even bicycles are often not bought by brand, the customer interest in the Bosch-pedelec brands remains remote. Important for buyers is the price-performance ratio, who would react different? Rumor has it that the after sales service of Bosch is not always perfect. So let´s hope that the Bosch-phenomenon does not last for ever. Maybe due to the price erosion for the manufacturers or because other companies are able to offer a realiable service. There are enough effcient, high quality drive systems with sometimes high after sales service quality, which are ready to fill in the gaps.
Anyway: It is still a lot to do. From leisure time vehicles to serious means of transportion is still a quite long way to go.

Regarding my main point of interest the forward-looking technical developments the results were quite decent. Despite of the announcements NexxtDrive did not present their prototype. Instead of a real product Protanium showed a mock up – at least of the motor. Due to someone from the staff even the dimensions of the kadern motor have to be changed. Just Höganäs came up with the new generation of their transverse flux machine. It was part of a kit which was completed by a well-though-out display. Over all the concept was very coherent. First and foremost a test drive with the speed pedelec convinced me. Unfortunately the bike industry does not adopt the system. That´s why Höganäs actually focusses on bigger applications such as e-scooters and other LEVs. Their competitor MotorExellence did not participate at the fair and rumor had it that their project has lost importance in the company. Is it to early for such kind of products? As if to show that it´s not to early for visionary projects Mando, the corean automotive supplier, came up with a chainless bike. A concept based on the ideas of the electronic transmission from Dr. Andreas Fuchs. Designwise it looked outstanding, but after a test drive I understood, that there is still a long way to go performancewise. The product did not seem to be ready – at least not for the European  market. 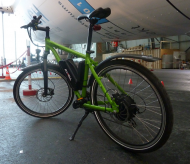 Same precedure with smartphone-integration. Also that theme stucks still in the state of promise.The majority of manufacturers simply were not able to get the apps ready in time. For example a test ride with the Smart bike ended up by driving around with the display of the BionX kit. The digitalisation of the bikes acutally looks more like a vision. But that does not mean too much, since the developments in this field are quick.
Last but not least : how about the batteries? There was not too much new to discover. Since a while Li-Polymer cells are used for the packs – despite their sensitivity.
The speed of technical developments is slower than I expected. Nothing is exploded but the evolution keeps on going.

My major discovery were the bike concepts from Cannondale, Schwinn and GT. Each Company showed one model based on a specific theme: fitness, city and cargo. Since this issues previously become important in the coming ten years, already the theme selection was perfect. All concepts were based on a profound research due to Aaron Bethlenfalvy, VP of gobal design.

For the city bike the main target group seemed to be women. The concept focussed comfort and safety. A small fat tired front wheel allowed to lower the steering tube of the vehicle.Combined with a special handlebar a lot of space for crocery baskets or children seats was created. The rack could be converted into a lock. A special design of the handlebar should provide better visibility. It would have been great to ride the bike since its handling seemed to be quite cumbersome to me.

GT‘s theme was the cargo bike. They created a robust electric vehicle. The saddle tube contained a save storage. Modularity was the main theme of the vehicle. It was able to be converted into a bicycle or a cargo bike for various loads due to several „noses“ which were easily to mount into the steering tube.

Over all the concepts were very inspiring also for my project „ebikeP23“. What would a designer be without challenges?